Soil: Mesic(Medium) to Xeric(Dry)
Sun: Full
Height: 3′-10′
Color: Yellow
Blooms: June-September
Flowers: The flower heads are 3″ wide, made up of ray and disk flowers like the rest of the Sunflower family.
Leaves: The alternate leaves are 12″-18″ long. They are rough, large and deeply divided. They orient themselves on a north-south direction.

This tall, showy wildflower makes for a great conversation piece, especially useful for a learning garden! The deeply cut basal leaves are said to orient themselves in a north-south direction and the early pioneers were said to have used this as their guide! It is also prized by birds, butterflies and  pollinating insects!

Medicinal Uses: Early settlers used Compass plant to internally treat rheumatism. Dried leaves were considered useful as an antispasmodic, diuretic and expectorant. It was used to treat coughs and fevers.
Food Uses: Native Americans and settlers chewed a gum made from the sap.
Other Uses: It is a good grazing plant.
More Info: Only the petal-like ray flowers produce seeds. The roots can reach up to 15 feet deep.
Folklore: The Omaha and Ponca believed that lightening struck where Silphium lacinatum grew. Sometimes they burned the plant to ward off lightening.
Name: As the common name implies, it can be used as a compass since its leaves orient themselves north-south.
Other Names: 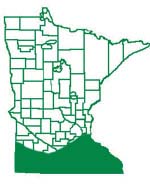